Using state of the art tools and professional translators worldwide, Transfluent is a full service translation agency that helps their customers automate communications in over 100 languages. 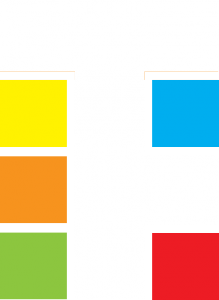 Avoid expensive and lengthy translation projects, you only pay for the text to be translated

Near real-time professional translations in over 100 languages

Transfluent's main product is their translation platform into which the translations are provided by a growing network of human translators. Today Transfluent's platform has over 50 000 human translators and can provide translations in over 100 languages, basically in every language used in the Internet. Transfluent's platform has been integrated to Facebook, Twitter, WordPress, SINA Weibo (the Chinese Facebook), Magento and Zendesk. As an example, Transfluent's customers can send a Facebook post or a Tweet just like they normally would and the platform automatically translates the content and publishes it in all the needed languages. Just like if it was coming directly from you or your organisation. In other words, Transfluent helps businesses go native globally. As a sign of the strength of Transfluent's translation platform it only takes an average of 5 minutes for a Tweet to be translated and published.

Transfluent's Zendesk integration is a really interesting expansion for the capabilities of Zendesk's customer service platform. Integrating Transfluent's platform with Zendesk enables Zendesk clients to give customer service in every language available in Transfluent's platform. Transfluent's Zendesk app is not only cost-efficient, but it also makes it effortless for your existing staff to provide customers with service in their native language. Imagine that French customer you have had this year contemplating on whether to make his large purchase from you or from someone who can offer him clear answers to his questions in his native language; he can now be serviced in his own language with only paying for the needed translation and the pay-per-use fee based on the amount of words you need to understand or reply to him. The only choice you have to make is whether to trust your message in the hands of an amateur (6c per word for every language combination) or a professional (18c per word for every language combination).